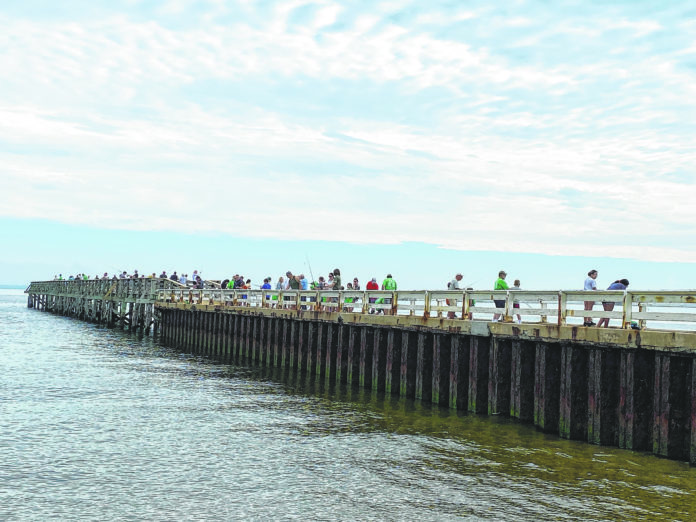 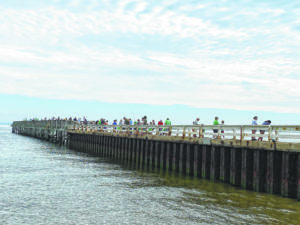 The 2021 Mayor’s Snapper Derby hosted by the Glen Cove Anglers Club on Aug. 21 brought out 52 children to the Pryibil Beach Fishing Pier for an action-packed morning of fishing.

“The timing of this year’s Derby could not have been better,” the City of Glen Cove Mayor Tim Tenke said. “Just a day before Tropical Storm Henri, it was great to see the weather held up and all the children smiling that the snappers were biting.”

Dr. Tom Manzione, the Glen Cove Anglers Club and Snapper Derby chairperson since 1998, said that the families of all the young participants appreciated the great group of volunteers. Every child was a winner, he said, and they each received a free t-shirt, hot dog, soft drink and a fishing accessory.

“Watching the excitement in the eyes of a child who just caught their first fish of the day is a special moment,” added Dr. Manzione.

And excitement was on full display as Mikey Grella, age seven, took home the trophy and prize for “Best Angler” with 18 snappers.

The Glen Cove Mayor’s Snapper Derby is held in cooperation with the City of Glen Cove Department of Youth Services & Recreation with support from the Glen Cove Anglers Club and the Matinecock Rod & Gun Club.

—Submitted by the City of Glen Cove