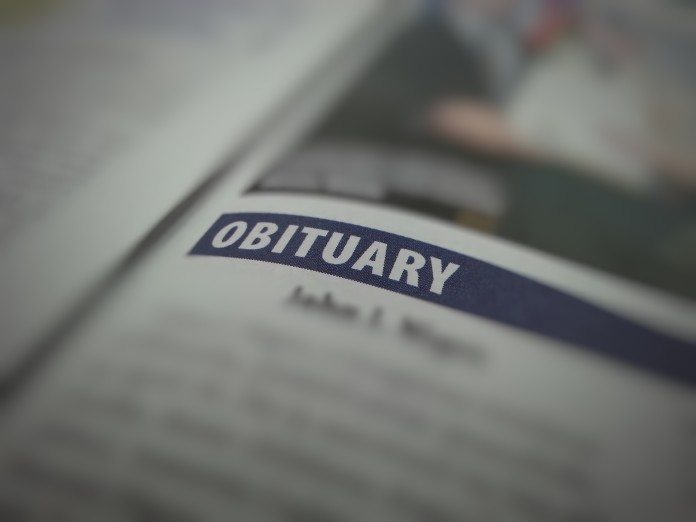 BAYVILLE
Carole L. Boisits, nee Larson of Bayville passed away peacefully with Bob by her side on Sept. 1. Beloved wife of Robert Sr. and sister of Nancy (Fessel). Loving mother of Carl, Karen (Dan), Christopher, Bonnie, Bridget, Robert Jr. and Carolyn. Grandmother of Gabrella, Daniel, Justine (Albert), Brett, Patrick, Carley and Robert. Great-grandmother of Aj and Kennedy. Carole was a very loving and generous person and loved by all. Interment private. Donations in her name may be made to the Memorial Fund of the Reformed Church of Locust Valley or a charity of your choice.

GLEN COVE
John W. Sadowski, Jr., passed away in early July lovingly surrounded by his wife Angela, son John and daughter Julianne. He was an avid triathlete and outdoorsman and a hard worker. He developed complex computer systems for the financial industry from the days of punch cards into the Internet era. He was a mentor to people he worked with, and he was active in the Boy Scouts as a youth and an adult leader. He is survived by a sister and brother, sisters- and brothers-in-law, nieces, nephews, grandnieces and grandnephews. Predeceased by a sister and brother. He will be missed immensely by family and friends. A funeral mass was held at St. Boniface Martyr Church, Sea Cliff. Arrangements by Whitting Funeral Home.